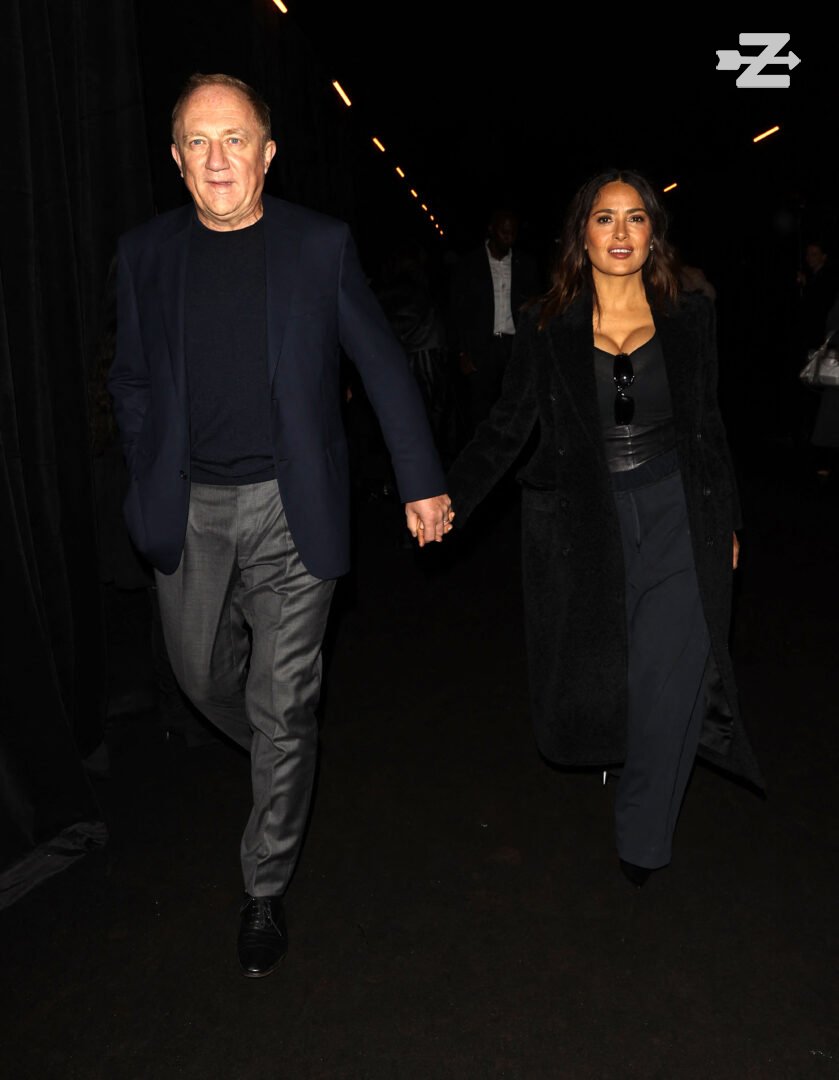 Is it just me, or does Salma Hayek Pinault not know how to use Google? It’s one thing to be married to a man who owns Balenciaga, but it’s another to do a cover for Jason Binn, who was/is at the center of a child (relative) groping scandal.

Ok, now back to Jason Binn … In his weird way of scaring people, Binn got his relative not to “cooperate with officials.” Who knows what happened behind the scenes … one can only imagine considering Jason Binn blows people up (tech communications) if you don’t like him.

The bottom line is that Hayek Pinault is tone-deaf or doesn’t give a shit about children.

Salma, let me spare you the Google search:

Tone-deaf is having or showing an obtuse insensitivity or lack of perception, particularly in matters of public sentiment, opinion, or taste.

Below is a text message from a group chat of A-list celebrities. Binn is not a fan favorite. They think he is “creepy.” 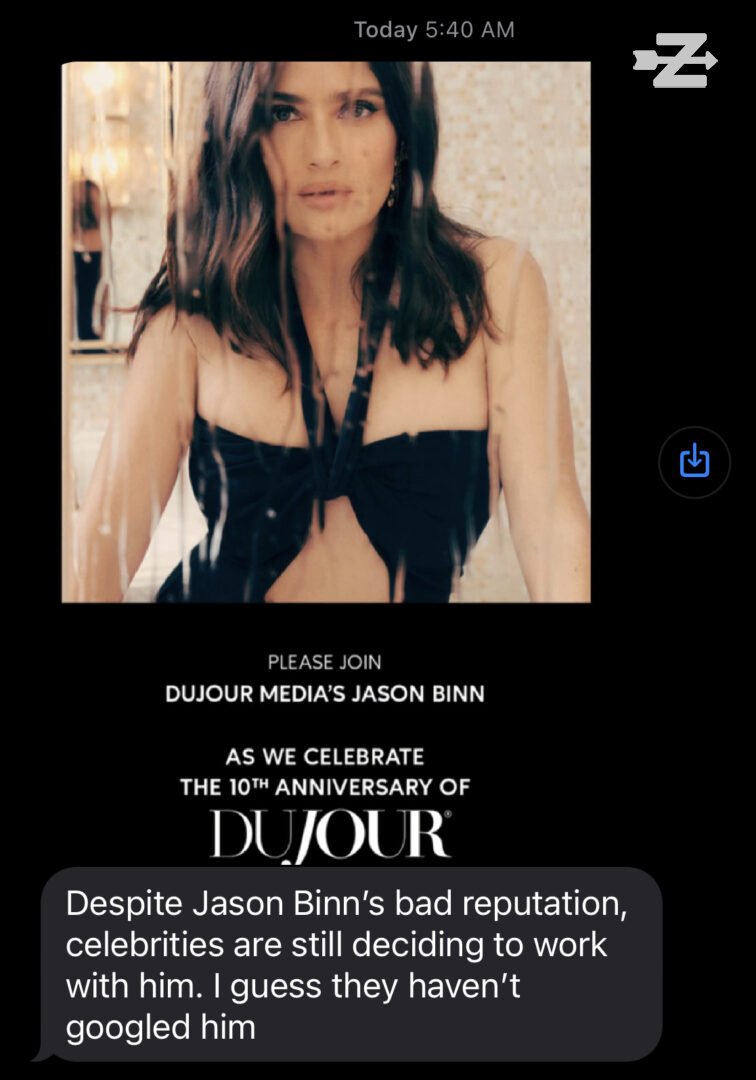 According to PageSix, who loves this stuff – Magazine publisher Jason Binn has been cleared of forcible touching charges after Manhattan prosecutors found “insufficient evidence” he groped an unidentified teenage relative.

The 54-year-old publisher Jason Binn of DuJour Magazine was arrested in June after being accused of grabbing the 16-year-old girl’s rear end in February following a Valentine’s Day dinner at Cipriani Downtown in Soho.

But the case against Binn was tossed last week by Judge Michael Gaffey after the accuser refused to cooperate with officials, the Manhattan District Attorney’s office told The Post Tuesday.

“After investigating this case, the People have insufficient evidence to prove the forcible touching charge without the complaining witness,” the DA’s office said.