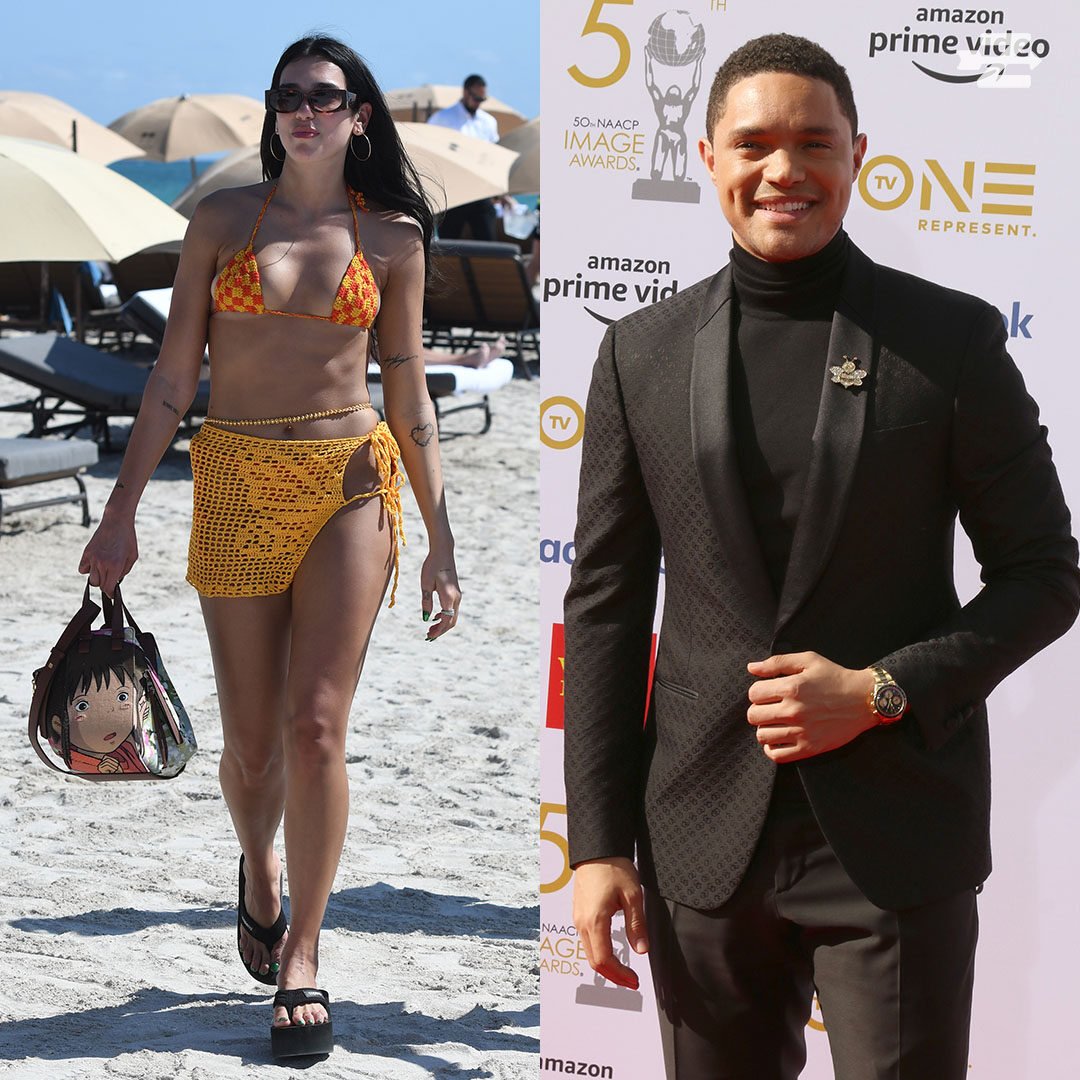 The timing couldn’t be more perfect for the next chapter in Noah’s life since the 38-year-old comedian and the Daily Show host ended things with actress Minka Kelly and announced his departure from the Daily Show. Minka and Trevor recently ended their on and off again relationship in May this year while Pop Star Dua Lipa’s last public relationship was with Gigi Hadid’s younger brother Anwar Hadid back in December 2021.

Trevor, wanted to bring her to a fun cozy spot, and what could spark romance for Noah and Dua Lipa more than a delightful Ooh la la spicy dinner at the vibrant miss lily’s New York City’s Carribian restaurant?

The two quietly sat away from public view and sat close together throughout the meal putting the speculation of dating rumors and headlines “New couple alert Trevor Noah Dua Lipa” from myth to Factz.

Both Noah and Dua Lipa were seen leaving together afterward for an evening stroll. Taking a moment for long embraces and searching for the perfect moment for that magical one kiss to make Noah’s dream come true. The evening of romance put the dating rumors to rest and ended with a long hug, kisses, and a second kiss.

Trevor Noah might be in for it as Lipa sang…One kiss is all it takes. Fallin’ in love with me.

Jokes aside you can’t blame Trevor Noah for reaching out after Dua Lipa posted a topless photo of herself in the bubble bath.

Good catch for both of them!